Puydeval is made on the vineyard of the same name in Cabardés northwest of Carcasonne. Here is a pretty cool microclimate where the warm Mediterranean meets the cold Atlantic. The wine grows on terraces across the river Aude, where the lean limestone covered with clay/lime provides perfect conditions. The wine is made on Cabernet-Franc - the first grape Jeff encountered as an adult and one of his favorites, which gives power and race, which perfectly counterbalance the aroma of small quantities of Syrah as well as the softness of Merlot.

Jeff has been a winemaker for American Mondavi and Château Sainte Michelle. He was also a consultant to Daumas Gassac and Grange des Pères. Over 10 years, as an oenologist, he has produced countless wines, well over 100 million liters. He is known for his enthusiasm and always full of new ideas. 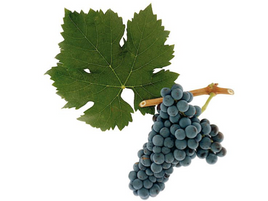 Cabernet Franc is one of the most widely planted red grape varietals in the world. Plantings can be found across Europe, the New World and in China. In many wine regions, it is planted as a component of a Bordeaux-style blend, playing a supportive role to Cabernet Sauvignon and Merlot. In parts of north-east Italy and the right bank region of Bordeaux, Cabernet Franc both plays a more prominent role in blends and is made as a single varietal.
Cabernet Franc with its lower tannin levels than Cabernet Sauvignon, can make a bright red wine, with contributing finesse and a peppery aroma to blends with more robust grape varietals. Depending on growing conditions and style of wine, additional aromas can include tobacco, blueberry, raspberry, cassis and sometimes even violets. 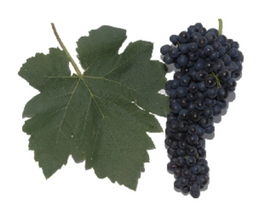 It is a caste originating in France but it’s produced in all over the world. It is cultivated from France to Australia (where it is the main grape), United States (Washington State and California), besides Italy (cultivated in small scale all over the country to produce some good blends), Spain (used in projects in Rioja for example), Portugal, Morocco, Tunisia, Lebanon, Uruguay, Brazil (restricted to some producers and in the northeast) In Portugal it found is home in the region of Alentejo and is the most successful foreign grape  in terms of climatic adaptation. The wines have an intense colour. The aromas are complex with very rich tannins. The most present flavours are blueberry, plum, chocolate, tobacco and black pepper but have some differences depending on the region in which they are produced,  more fruity in the warmer regions or with more spicy flavours to plum, olive and green pepper in cooler climes. 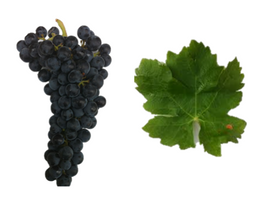 Merlot wine has similarities with Cabernet Sauvignon although less intense and with tannins more soft. Its color is purple red, with aromas of blackberries and black plums, complex and elegant, full-bodied, with low acidity. On the palate is smooth and very balanced.